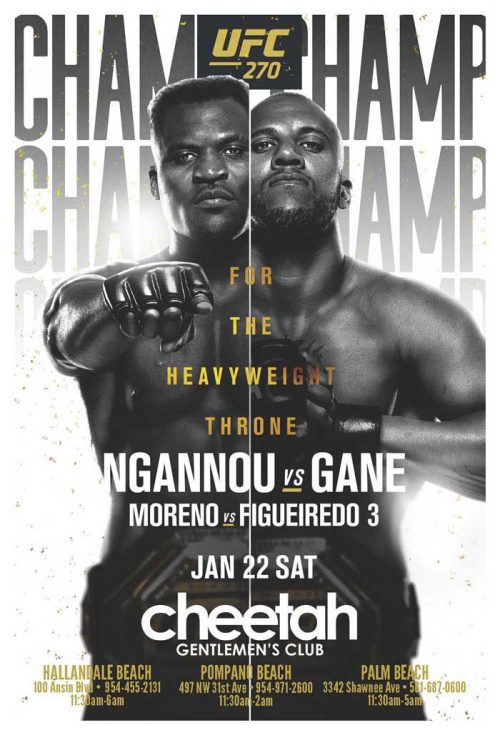 Cheetah is starting the year off right with a dual Championship card on January 22nd that you won’t want to miss.

This is the highly anticipated (and quite possibly the biggest in UFC history) heavyweight championship fight between the feared knockout artist, Francis Ngannou as he defends his crown against interim titleist Ciryl Gane.