If you have ever flipped through a celeb-centric magazine, odds are you have seen the claims – “Celebrities, they’re just like us!” You might not be hanging out in your 15-bedroom mansion or cruising the Caribbean aboard a million-dollar yacht, but as it turns out, you may have more in common with your favorite celebrity than you thought.
Only a few things transcend both fame and fortune, blurring the boundaries between the rich and famous―one of those rarities being a truly excellent gentlemen’s club.
Surprised to hear that celebrities love hanging out at the strip club just as much as you do? Don’t be – after all, it’s tough to beat spending time with gorgeous dancers who like nothing more than showering their favorite guests with plenty of attention. Here are just five of the many celebrities who enjoy a great night out at their favorite gentlemen’s club:

Known for his chart-topping rap hits, viral music videos, and numerous big-name endorsements, Drake is the perfect example of a celebrity who knows how to live large. He’s also a frequent guest at a variety of upscale strip clubs and isn’t afraid to spend several thousands of dollars in a single night.

Another world-famous star of the music industry, Rihanna has proudly proclaimed her love for strip clubs via social media. She’s been anything but shy when talking about how much she enjoys lap dances and even tweeted that one of her “fantasies” came to life when she was able to see strippers perform to a song she had created.

From rapping about his love for strip clubs to making it rain cash on his favorite exotic dancers, Lil’ Wayne is no stranger to gentlemen’s clubs. There have been numerous reports of him dropping serious money during nights out at various clubs, coming prepared with tens of thousands of dollars when he’s ready to have a good time.

When you’re among the highest-paid athletes in the world, every day can be a fantasy come true. For Floyd Mayweather, this includes spending a generous amount of free time at the hottest strip clubs around the world. He’s even treated himself to private twerking sessions, thanking the talented dancers with plenty of good, old-fashioned cash.

As one of the sports world’s original party animals, Dennis Rodman is a huge fan of gentlemen’s clubs. He’s celebrated many of his biggest wins at the strip club, even coaching a basketball team comprised entirely of exotic dancers.

You might not be raking in the same kind of cash or publicity as your favorite stars, but that doesn’t mean you can’t have a VIP experience at the best gentlemen’s club in Florida. Cheetah Gentlemen’s Club is a fully-nude strip club in South Florida, with locations in Pompano Beach, Hallandale Beach, and Palm Beach. Here, you can party like the rock star you are. You can get a satisfying taste of that VIP lifestyle, basking in the attention of our stunning exotic dancers while sipping your favorite top-shelf liquor.
Want to upgrade your adult entertainment experience to the next level? Score a Cheetah VIP Membership and enjoy perks like free admission, invitations to exclusive private parties, complimentary food and drink, and access to our red-hot VIP area.
Join the ranks of celebrity strip club enthusiasts and become a regular at the sexiest adult entertainment venue in Florida: Cheetah Gentlemen’s Club.

Be a VIP at Cheetah Gentlemen's Club

The Benefits of Having a VIP PAckage 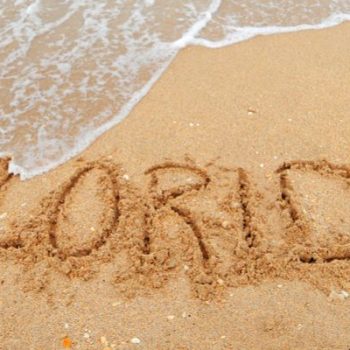